I don’t know about you but a lot of my favorite actors have one thing in common: they are all under the age of 25. Of course legends like Liam Neeson, Samuel Jackson, and Viola Davis will always be considered some of my favorites, but nowadays there are a slew of young actors that seem to be destined for greatness. It’s so interesting to watch how the Hollywood machine seems to gravitate to these young stars and gear them for a life surrounded by fame and fortune. Check out my list of top 5 male actors who are sure to have very long careers in the industry.

24 year old John Boyega is definitely one of the hottest stars around no thanks to a starring role in Star Wars Episode VII. To be frank, I didn’t see why everybody went crazy over Disney’s latest adventure into space (I’m sure the box office disagrees with me), but Boyega’s appeal was effervescent from the first time he appeared on screen. His charm and genuine likability will no doubt lead to future roles that could see him headlining his own movies in no time.

If you haven’t been watching Hulu’s latest original masterpiece, The Path, you may not recognize the 21-year old California Native. But trust me, once you watch his complex portrayal of Hawk, an adolescent on the verge of self discovery, you will understand why exactly he is on this list. Kyle has a laid back style that reminds me of Heath Ledger, and the acting chops to deliver a broad range of teenage angst. 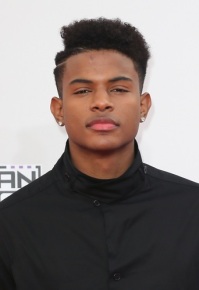 He sings. He dances. He acts. Trevor Jackson is a fairly new face but once I saw him in the second season of American Crime, I knew that he was someone to watch. Jackson is only 19 years old but has already seen wild success in his music and theatrical career. If he continues to deliver great performances like he did in American Crime, it won’t be long before everyone knows his name.

Technically Grant Gustin is 26, but I don’t care– he deserves to be on this list. If you know me, you also know that The Flash is my second favorite show on T.V. Besides liking Grant Gustin because he is The Flash, he is actually quite a talented actor. Season 2 of The Flash has seen Gustin’s character take a more emotional turn, and has given way to some incredible moments of dialogue and raw passion from the actor. Don’t let the super suit fool you. This guy is the real deal.

This last one is a bit of a wildcard for me. Keith Powers is a relative new comer to the game but I’ve seen enough to make a safe bet. The 23 year old model turned actor most recently starred in the hit Straight Outta Compton. It was a small part but afterwards he made an appearance on the pilot episode of AMC’s Fear the Walking Dead, however, the wheels were already in motion. When this dude’s face starts popping up everywhere, remember I called it first.

Who are your favorite up and coming male actor’s?