I watch a lot of television. It doesn’t really matter what network it’s on, or even what type of show it is. If it comes on that little square box, I watch it (or I at least know what it is…). But the one thing I absolutely can’t stand is when a show isn’t rating high enough so the networks decide to pull the plug. Yes, cancellations are a natural part of the process; nevertheless, it pains me every year to see my favorite shows go down the rabbit hole, never to see the light of day again. This year was exceptionally tragic as we lost some really decent shows that deserved better. Here’s a breakdown of my favorite shows that should’ve never gotten axed.

This was a new show that followed a very familiar plot line for NBC. Big time lawyer moves back home. Big time lawyer’s past comes back to haunt him. Big time lawyer doesn’t know what to do. We’ve seen it all before, but nonetheless I thought it was well executed. The show had some really good actors including Lorenz Tate, who hasn’t been seen on the big or small screen for a while. What’s even worse is that the show was cancelled after only airing a few episodes, so it never really got a chance to find it’s groove. And due to the highly serialized nature of the show, the character’s journeys will never pay off. So long, Game of Silence. It was fun while it lasted.
4. Blood & Oil (ABC)

Delroy Lindo can’t seem to catch a break. I don’t even know what the last show he starred in that didn’t get nixed before the first season could finish it’s run. This show was a bit of a guilty pleasure of mine as I can admit that it wasn’t exactly TV gold. More of a glorified soap than anything, the show centered around a couple who moved to North Dakota in hopes of making bank in the dirty business of oil. But what made it watchable was good pacing and a strong supporting cast spearheaded by Lindo’s portrayal of Tip Harrison, a lawman determined to catch his guy. See you never, Blood & Oil.
3. Rush Hour (CBS) 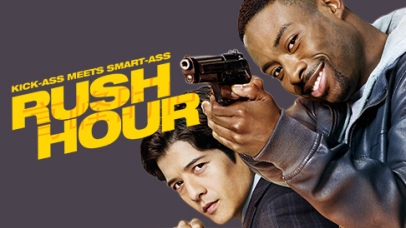 History tells us that adapting a movie into a TV show isn’t necessarily a formula for success. I had high hopes for Rush Hour but the short lived action/comedy was nowhere near as good as its three films which have collectively grossed almost 1 billion dollars. The show was super procedural to the point where it sometimes just felt silly to watch. But out of respect for the films I stuck it out, and it actually started to get better. The show had two strong leads in Justin Hires and John Foo, but I felt like they lacked synergy onscreen. This one was definitely a tough call because I’m positive that if given more time things would’ve gotten better. Rush Hour 4, it’s up to you to save this franchise.
2. Limitless (CBS)

Somebody please tell me how a show starring Bradley Cooper got cancelled. Well, technically the show starred relative newcomer Jack McDorman as the latest NZT addict, but Cooper executive produced in addition to making small cameos. To me, Limitless had all the right ingredients for success, and the show was downright awesome. My favorite element was the complete and utter disregard for “the fourth wall” which was routinely broken by McDorman’s Brian Finch. I guess we’ll all have to settle for watching the movie on repeat…
1. Nashville (ABC) 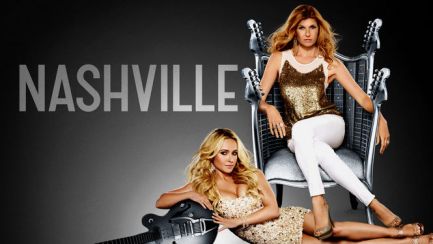 Technically this show isn’t cancelled anymore, but it should’ve never been axed in the first place. The country music drama started off extremely well back in 2012, but over time some creative challenges led the musical drama becoming a little melodramatic. Nashville creator, Callie Khouri, even admitted in an interview with Deadline that things with the show were going differently than originally planned: “We’re soapier than I thought we would be at the beginning, but I also think we can tell good stories without being as soapy”. In spite of this, Nashville had a large fan base that was in shock when the news was announced that the show would not be returning for a fifth season– but that would not last long. Earlier this year news broke that CMT would be picking up Nashville for a January 2017 premiere. Praise be to the lord.
What shows got cancelled that you loved?
For more articles like this, subscribe!