The Sundance Film Festival is one of the top annual film festivals showcasing the work of independent filmmakers from around the world. This year’s festival is in full swing with no shortage of Indie films hoping to pick up steam and be the talk of the town. To help sort through the myriad of somewhat obscure offerings, here are four buzzy films to look out for at Sundance.
Come Swim

Kristen Stewart makes her directorial debut with this 20 minute short film produced for Refinery29, which describes it as “A surrealist journey through the imagination’s wild currents, ‘Come Swim’ conjures a stunningly kaleidoscopic portrait of one man’s emotional interior—unbounded darkness and desire.” Stewart’s idea for her trippy, impressionistic foray into directing started with her obsession with the image of a man sleeping at the bottom of the ocean.

From Drake Doremus comes a thoughtful examination of monogamy. The film stars Nicholas Hoult as Martin and Laia Costa as Gabi, a couple of young professionals searching for love in the digital age. When the two of them “match” on a popular dating app, they struggle to keep the newness of their relationship after being so used to a plethora of one night stands. What really shakes things up is when Martin and Gabi decide to explore an open relationship in an effort to revitalize their failing courtship. 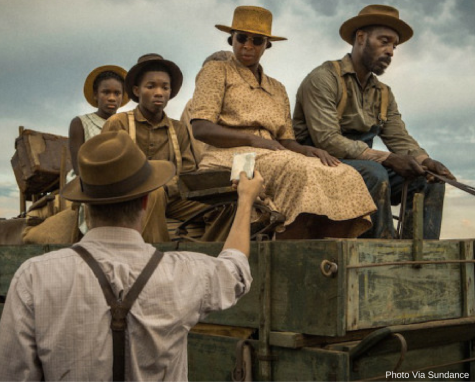 Considered one of the break out films of this years festival comes Mudbound. Adapted from Hillary Jordan’s Novel of the same name, Mudbound weaves together racism, WWII, and the everyday struggles of life on a rural Mississippi farm during one of the most divisive periods in American History. Straight Outta Compton’s Jason Mitchell stars alongside Jason Clarke, Carey Mulligan, Mary J Blige, Garret Hedlund and Rob Morgan.The film is directed by Dee Rees, most known for directing the Emmy award winning Bessie, on HBO.
An Inconvenient Sequel: Truth to Power